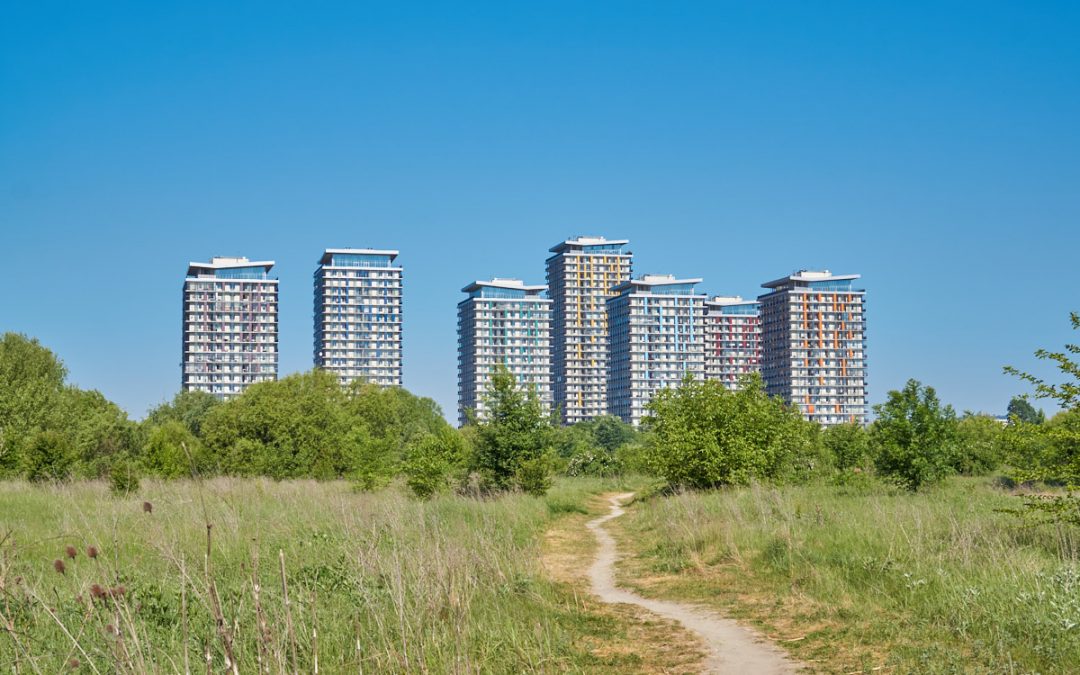 If you are in Bucharest, seeking for things to do on your own or with a small group of friends, check out Văcărești Natural Park only 10-15 minutes away by car from the city center. At the first glance, the park is rather scary and seems deserted, In fact, you may have a difficult time at finding the entrance, as the park sits on a giant pit surrounded by tall concrete structures. 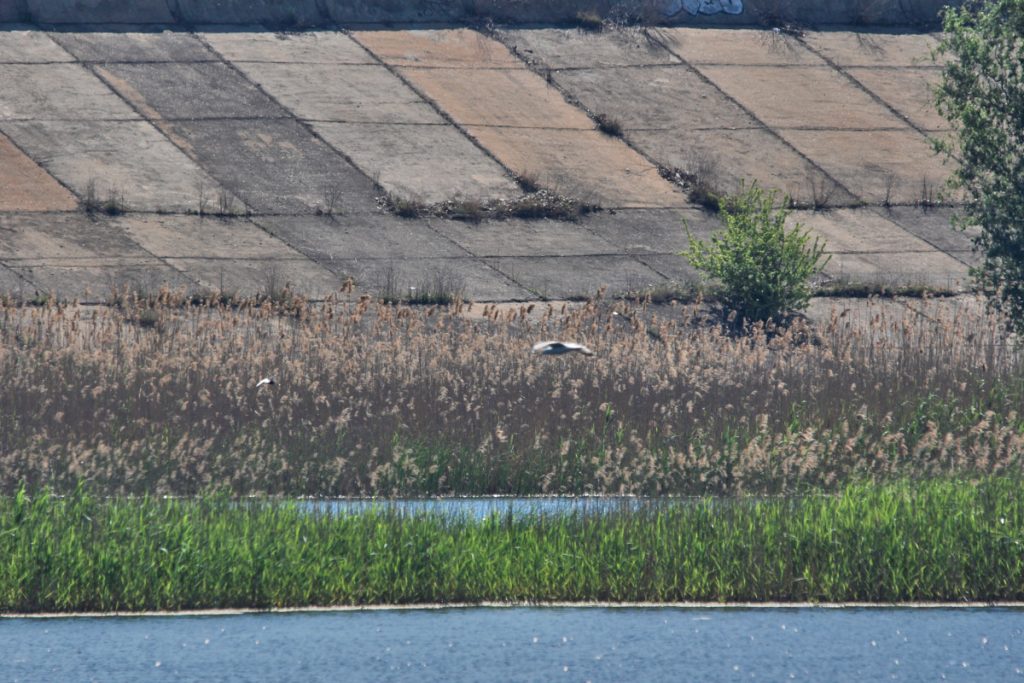 Văcărești Natural Park, also known as Văcărești Delta, is a 470 acre wetland area in Bucharest, a natural protected area that hosts about 100 species of birds and hundreds of species of plants. Resulting from a failed and abandoned infrastructure development project, this area was claimed by nature and turned into a wetland that looks just like natural ones. In 2014,The Romanian government declared this wild area around Văcărești Lake a protected nature area.

This urban natural park is unique in Europe and it’s easy to understand why. What other capital city would abandon a major infrastructure project and not even bother to clean up the area for 30-40 years?

Even real estate developers erected tall apartment buildings without minding the swamp scenery their future clients were going to wake up to every morning.

Now that scientists of the Romanian Academy found so many species of plants, birds and even mammals, this natural park is here to stay. It may even benefit from some funding, in order to make it easier for tourists, bird watching fans and wildlife lovers to visit it. 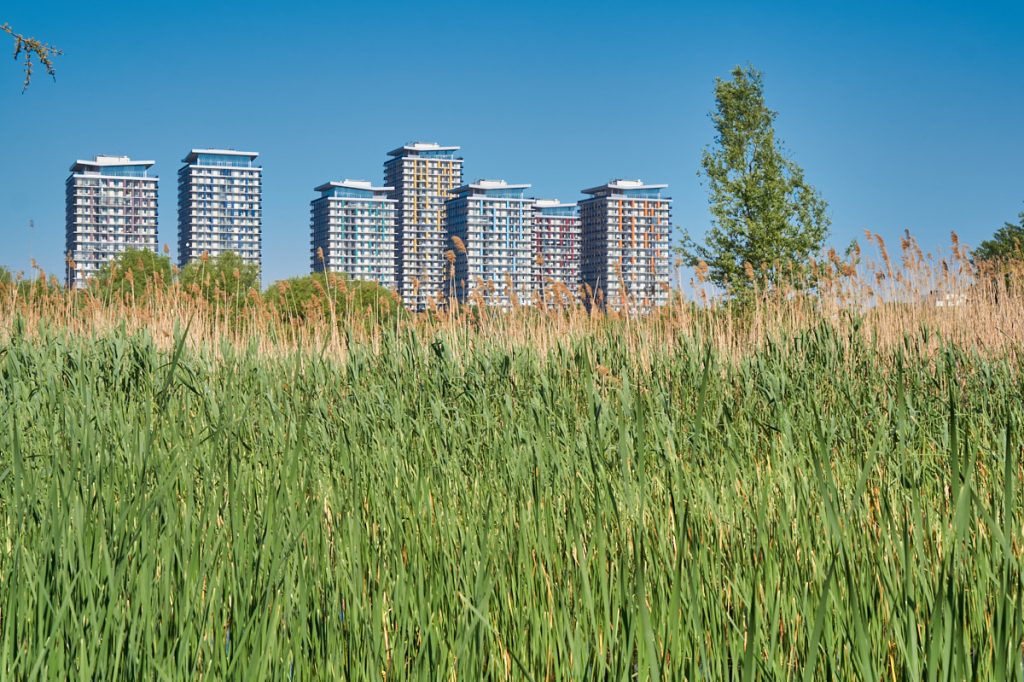 Asmita Gardens, the residential complex that seemed to be doomed is now a desirable place to live, as it neighbors one of the very few natural areas in Bucharest.

Until 1988, there were people living here. There were houses, orchards, gardens, dogs, cats and humans. The neighborhood was poor and underdeveloped. Some of these plots of land belonged to the state. They were assigned to families who wanted to grow vegetables for fun. They were allowed to work the land and to keep the produce.

At the same time, the northern part of the greater Văcărești area became one of the best parks of Bucharest in communist times, Tineretului Park, and one of the most sought-after real estate developments of apartment buildings.

In 1988, the Romanian state bought all dwellings in the nearly wild area with the intention of building a giant reservoir and fill it with water from Argeș River. The

After the fall of communism, in December 1989, all such projects were abandoned. Bucharest was full of huge concrete structures that were falling apart day after day. The Văcărești Lake area made no exception. There was an attempt to turn it into a modern urban development, but after it failed, nobody seemed to care about it anymore and nature took over. 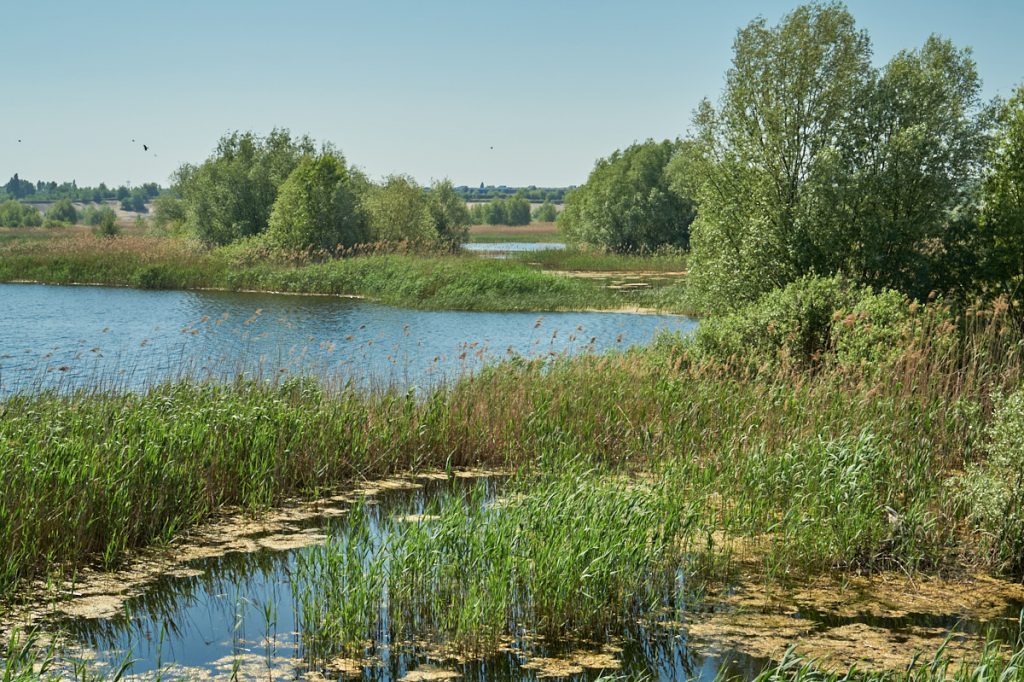 Where Is Văcărești Delta & How To Visit It?

Located only a short drive from Piața Unirii, Văcărești Delta sits close to the center or Bucharest. It surrounds Văcărești Lake and it neighbors Tineretului, Mihai Bravu, and Berceni.

The park isn’t visible from the outside, because it is much lower than its surroundings. Also, there aren’t street signs to help you find it.

The best way to visit Văcărești is with an organized tour or with a group of Bucharest locals. Take a look at this hour, here, if you want. I don’t know how much of the tour is dedicated to the natural park visit, but it can be a good way to find out whether you want a more in-depth tour or not.

If you want to visit the park on your own, you can use their mobile app (available for both Android and IOS devices). I’m not sure if going solo is the best idea ever, as the park is huge and there aren’t too many guards.

How To Get To Văcărești Natural Park from the Center of Bucharest?

To see the map of the park with the two entrances and the main bike and walking trails, click here.

How To Dress for Visiting this Park?

Wear good walking shoes, a sun hat, and sunscreen. There are walking and bike trails all over the park, so you won’t have to walk through tall grass or swampy areas.

If you want to watch birds, you should probably wear camouflage attire and avoid bright, striking colors that might deter wildlife from getting closer.

There are some observation huts and shelters you can use to hide yourself from birds (and also from the scorching sun of the afternoon). 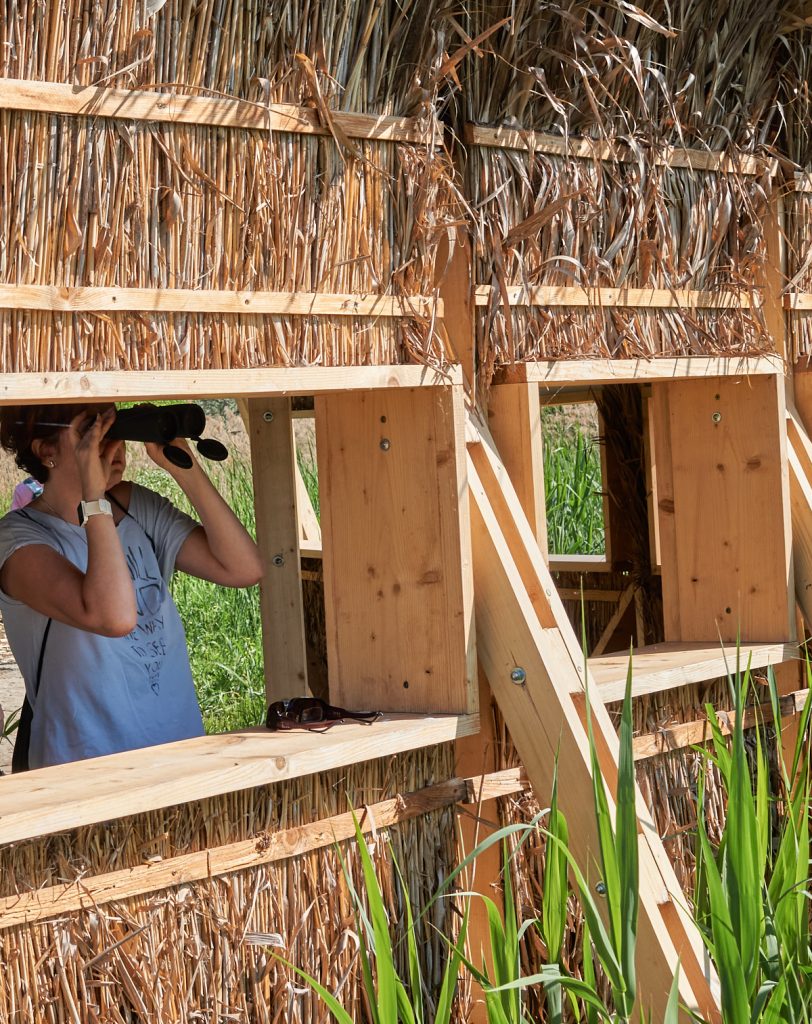 The shelters are nice, but you’ll only find the most amazing bird species while walking through the reeds.

What Bird Species Are There in Văcărești Delta?

According to the official website of Văcărești Natural Park, there are 150 bird species, 13 mammal species, 9 reptile species, and 331 plant species. 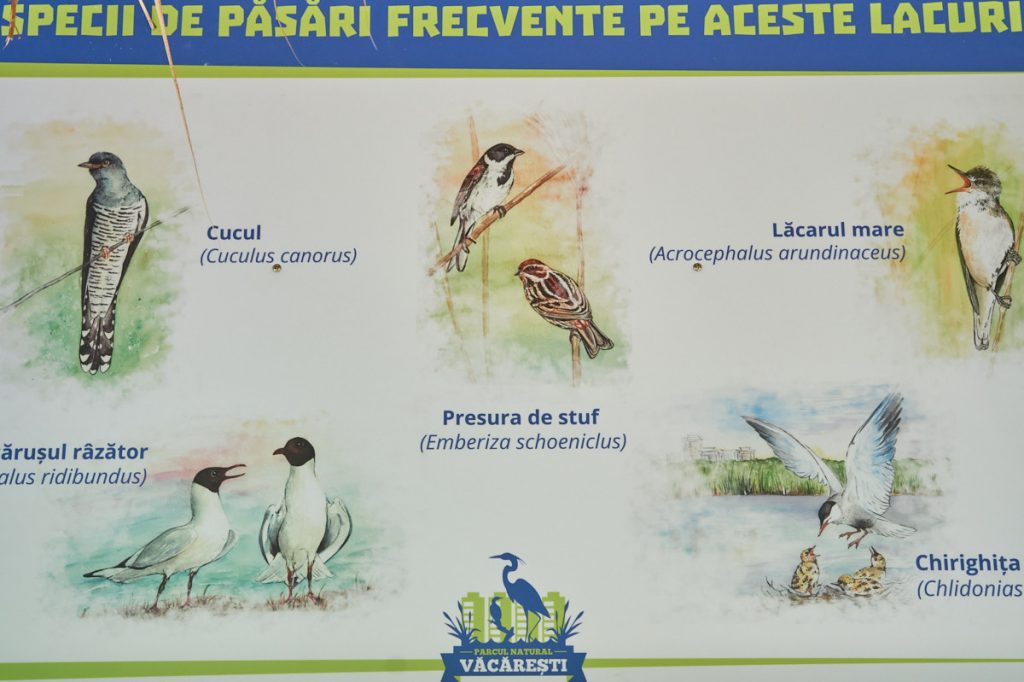 For birdwatching in the park, you’ll need a good pair of binoculars. If you also want to take photos of birds, you’ll need a very powerful zoom lens. More often than not getting close to those birds is not an option.

Here are a few photos of birds in Vacaresti Natural Park taken with a Canon EOS 60D camera with a 600mm lens. I’m not sure about the specific lens model, because the camera wasn’t mine. My Sony Alpha 5000 with the 35mm prime lens was only good for landscape photos and some nice closeups. With a 35mm lens, there’s no chance to take photos of birds that aren’t just under your nose. 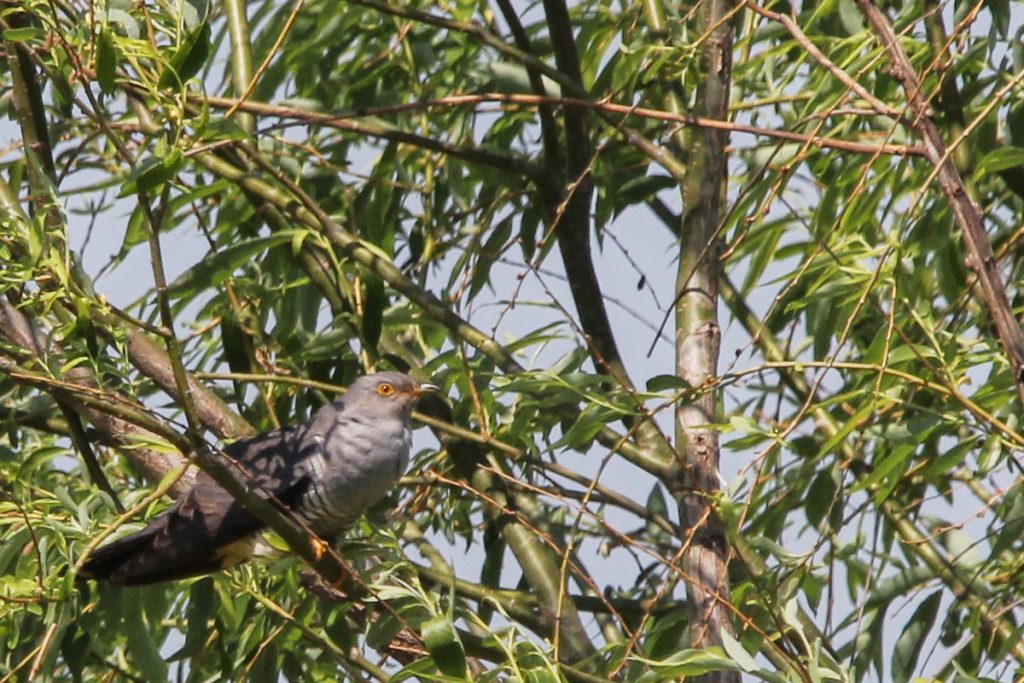 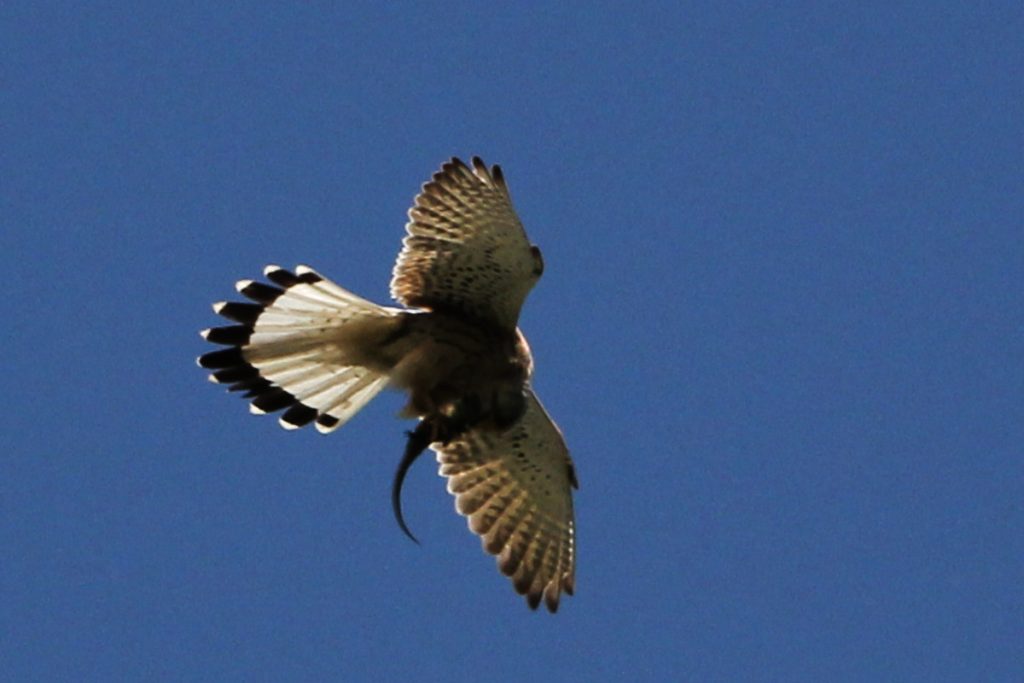 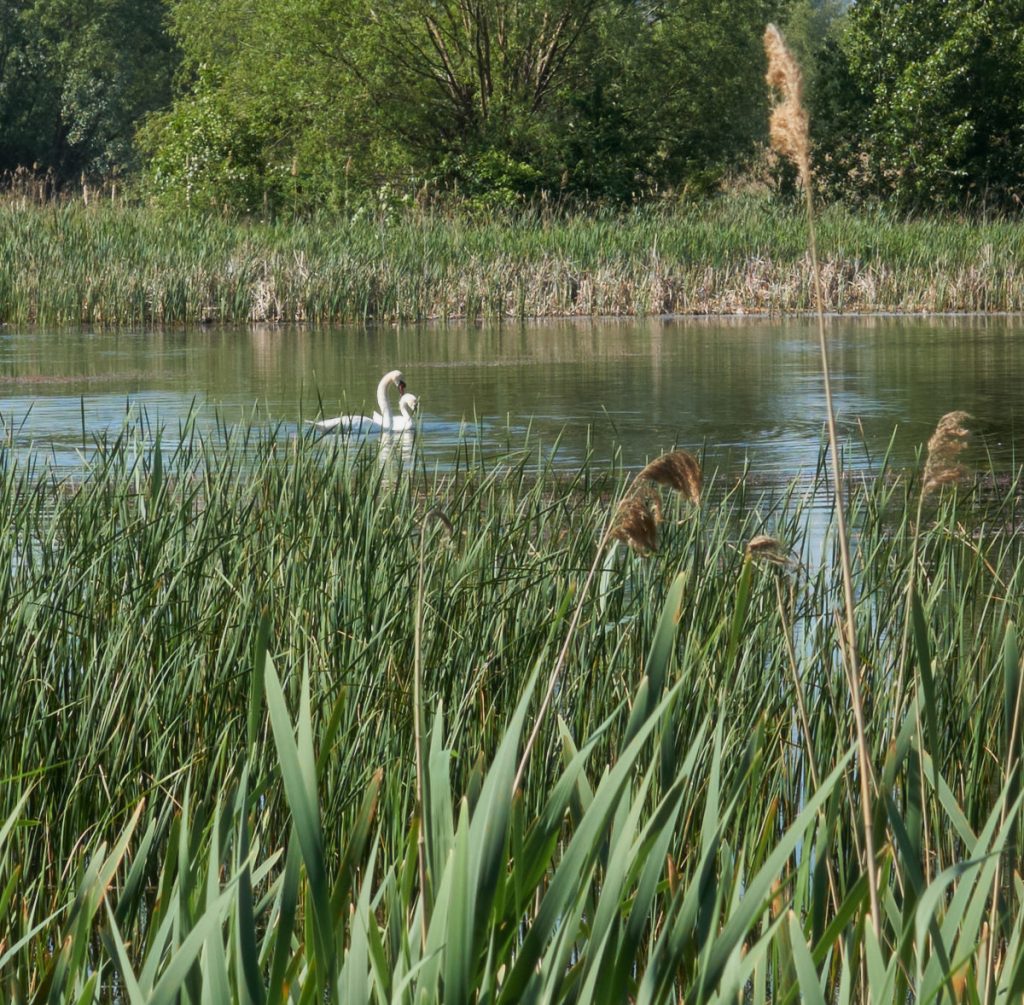 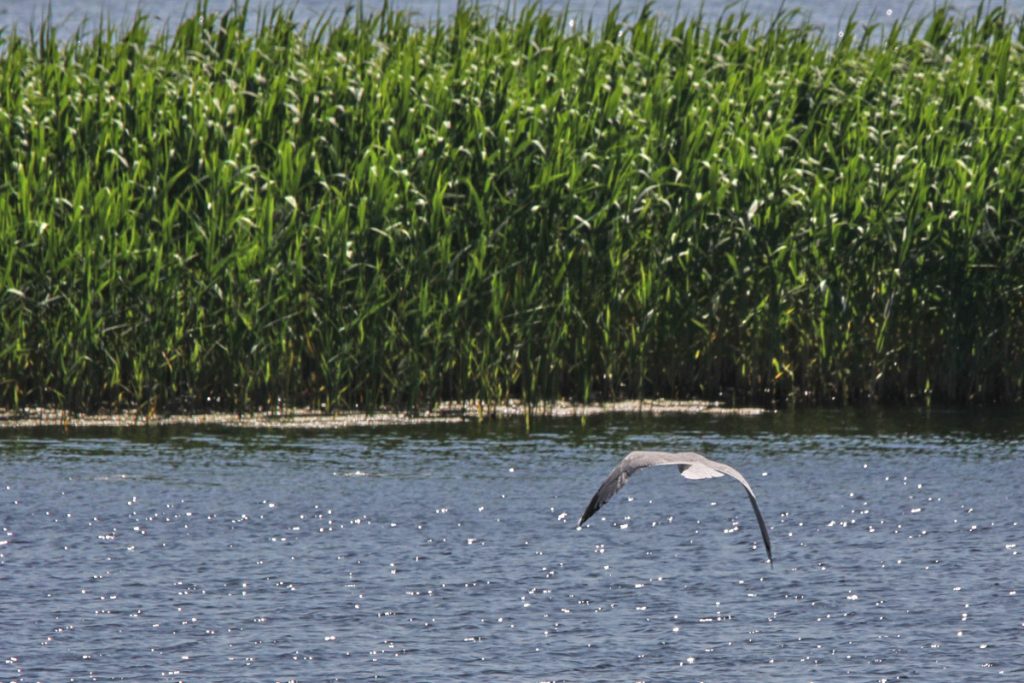 This is a difficult question. I visited it with a group of friends. We had no incidents, but we didn’t see any guards, either. I’d probably avoid taking expensive stuff with me if I were alone. Unfortunately, cameras, lenses and binoculars for bird watching are expensive. This makes me prefer going with a group.

To all first time travelers to Romania, Bucharest Inside Out is your ultimate travel planning guide. Trust us, we are locals!